The Dutch pavilion, designed by architect/artist John Körmeling, is called ‘Happy Street’. It’s an entire street in the shape of the number eight, an auspicious number in Chinese culture. Visitors to the pavilion stroll along houses in different styles that represent Dutch architectural tradition, including designs by Gerrit Rietveld and Jan Wils.

Better city, better life
It is estimated that 55% of the world’s population will be living in cities by 2010. With the theme ‘Better city, better life’ Expo organisers have challenged participants to generate ideas for liveable cities in the 21st century. As a largely urbanised and densely populated country, the Netherlands has much to offer in this regard. The Dutch pavilion promotes sustainability, environment, and corporate social responsibility. It shows, for instance, the innovative ways in which Holland deals with space, energy and water.

A small but significant global player
With 16 million people living on an area of 41 thousand square kilometres the Netherlands is efficient and organised. At the World Expo we demonstrate that the Dutch are able to live below sea level and that our country is a global player in some fields as a result of creativity, innovation and wilfulness. The world’s first stock exchange and first multinational, for instance, were the work of the Dutch. Other examples include Dutch water management, Dutch masters such as Van Gogh and Rembrandt and, more recently, the success of architect Rem Koolhaas. 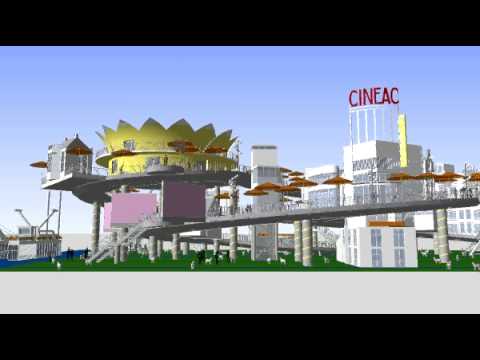 Commercial orientation
In terms of commerce as well as on other levels, the Dutch enjoy collaborating with others. We have been internationally orientated for centuries and value openness and accessibility. Amsterdam is home to more nationalities than any other city in the world and Dutch dredging companies and dike builders operate on a global scale.