If the perfect smartphone would exist, what features would it have? Super slim, flexible screen that can be turned into anything you want (including a wrist watch), projector, camera? Seems like designers have already thought about all that and they came up with this cool concept, the Samsung Galaxy Flexi Skin. What more can you wish for in 2012? Happy New Year!

Other features of the Galaxy Skin smartphone are said to include an eight-megapixel camera with Auto Focus, Self Shot, Action Shot, Panorama Shot, Stop Motion and Add Me features, a 1.2GHz CPU with 1GB of RAM and apparently a future Android version code-named Jelly Bean.

This is just a concept phone and it was made in class for SAMSUNG TALENT PROGRAM (STP)* at Hongik University, Engineering Department by Professor Haeseong J. Jee and designer Hye Yeon You. Starting with their idea, Samsung wants to materialize this ambitious project, designing  a sci-fi smartphone with a flexible AMOLED display. The AMOLED display itself uses plastic polyimide substrate instead of glass, allowing for high flexibility. 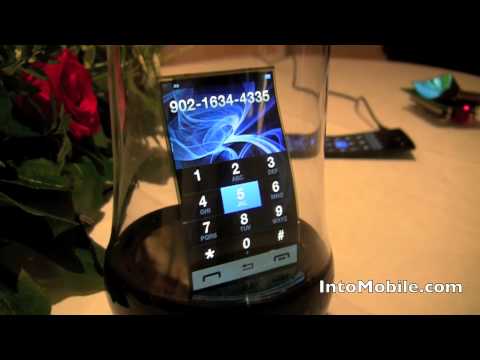