I was born in London, England on October 26 1958, the youngest of four and much to my parent’s surprise, I was born a dog. This unfortunate turn of events was soon accepted within my family and was never again mentioned in the presence of polite company. I was a rambunctious youth as was natural to my breed but showed a fine interest in the arts as I drew pictures incessantly on anything including the walls and floors of every room of our tiny house. After some trouble with intolerant neighbors, my family was convinced to move to Canada and it was not long before the burgeoning town of Toronto became our new home.

Unfortunately the drawing continued to become somewhat atypical and aberrant and it was  impressed upon me that such images might not be suitable for public viewing. In the summer of 69, there was a valiant attempt to stop me from doodling infamous contemptible fascist dictators upside down on my stomach with a ballpoint pen. I was consoled however by the encouragement to continue penciling in faces of flamboyant cowboys such as Gene Autry, Roy Rogers, The Lone Ranger and Tonto on my toenails but was expressly forbidden to talk to them at night.

It can be said that there are defining moments in a dogs life that can only be described as pivotal. Mine came when I received a gift of a flesh toned 12 inch plastic movable human doll attired in cheaply made military fatigues called “GI Joseph”. I however named him “Stanley Mulver” and immediately resigned his commission from the light infantry. My Mother helped in this by sewing small business suits and leisure wear out of leftover Christmas fabric embroidered with holly and snowmen, tinfoil shoes and one tasteful Safari suit made of tight fitting powder blue rayon that proudly shone cobalt in the summer sunlight. It wasn’t long before I had begun making enlarged wigs out of gray plasticine. These wigs soon became huge pompadours for Stanley and looked even more grand when I meticulously imbedded small hairs from my daily body and face shavings. This hirsute practice along with walking upright allowed me to fit in with other children even though my father considered it a waste of time. In short, Stanley had become a visage of the Man I could never be, of that elusive self one sometimes glimpses down the tunnel of infinite reflected mirrors. Although ridiculed by my peers, I proudly wore Stanley around my neck at all times as if to say “SEE! This is the man I will be, a good man, a kind man”.

I have worked in many fields over the years, attended obedience classes and art colleges, jobs designing horrible buildings in architectural studios, medical art facilities, digital service bureaus, suspicious casino computer game companies, eventually working at computer modeling, digital animation and visual effects for television and film. Some award nominations have been attained and I have been driven in long black liquor filled limousines and walked on hind legs down red carpets in Pasadena while wearing strange smelling rented tuxedos.

Things change and summer years come to an end. My change occurred one night when my Mother visited me, which was slightly unusual because she had passed away some months before, a victim to the cigarette habit she could never quite lick. Facing a wall and slowly turning I saw the right side of her face ablaze in light, her hand trying to cover the light as if she were apologetic for having it seep through. Words were said about following rabbits down holes and I was shown galleries of work which were to be my own. My Mother was not the first visitation I have had and it seems she will not be the last.

I live in a brick house with my wonderful wife Jane and a coyote called Bonnie. I like eating avocados and I don’t really mind being a dog. 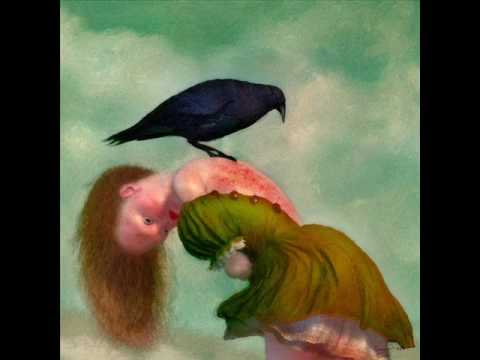