Body Worlds (german title: Körperwelten) is a traveling exhibition of preserved human bodies and body parts that are prepared using a technique called plastination to reveal inner anatomical structures. The exhibition’s developer and promoter is German anatomist Gunther von Hagens, who invented the plastination technique in the late 1970′s at the University of Heidelberg.

“I invented plastination when I was 32—half a life ago— so I could teach people about the human body and show them its full potential,” said Dr. von Hagens. “Now that I am in my 60′s, it seemed a natural progression to use my science to present, in BODY WORLDS, the secrets of vitality, longevity and well-being.”

The displays and installations in Body Worlds take guests on a journey of self discovery, showing the body living through time—as it changes, grows, matures, peaks and finally wanes. In addition to the focus on human development, the extraordinary real specimens demonstrate the complexity, resilience and vulnerability of the human body through anatomical studies of the body in distress, disease and optimal health.

All of the specimens have been preserved through plastination, a process that replaces the natural fluids in the body with reactive plastics that are initially pliable, and then harden after infusion. By hardening the plastic in the specimens, they may be permanently preserved in life-like poses, which illustrate how our bodies internally respond to everyday movements.

All anatomical specimens on display in the BODY WORLDS exhibitions are authentic. They belonged to people who declared during their lifetime that their bodies should be made available after their deaths for the qualification of physicians and the instruction of laypersons. Many donors underscore that by donating their body, they want to be useful to others even after their death. Their selfless donations allow us to gain unique insights into human bodies, which have thus far been reserved for physicians at best.

BODY WORLDS & The Cycle of Life, a new exhibit from physician and pioneering anatomist Dr. Gunther von Hagens that focuses on the human life cycle will make its U.S. debut at the Museum of Science and Industry, Chicago on March 18, 2011 and run through Sept. 5, 2011. Tickets will go on sale to the public on January 24, 2011.

The Cycle of Life, a 14,000-square-foot exhibit, features a special presentation on the human life cycle and the arc of aging, by exhibition designer, Dr. Angelina Whalley, as well as more than 200 specimens preserved through plastination, the remarkable scientific process invented and perfected by Dr. Gunther von Hagens. This is the exhibit’s first stop for U.S. audiences. In 2005 and 2007, MSI hosted BODY WORLDS and BODY WORLDS 2, welcoming 1.3 million guests to these fascinating and educational exhibitions. 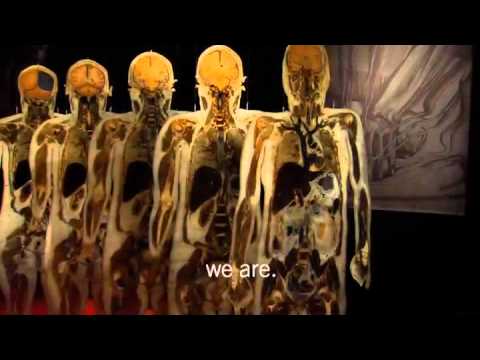 Leave a Reply to birkin bag